National Ugly Mugs (NUM) is a pioneering, national organisation which provides greater access to justice and protection for sex workers who are often targeted by dangerous individuals but are frequently reluctant to report these incidents to the police. These offenders are often serial sexual predators who pose a huge risk to the public as a whole. We take reports of incidents from sex workers and produce anonymised warnings which are sent directly to sex workers and front-line support projects throughout the UK.

Support and Advocacy organisation based in UK run by and for male escorts (of all ages, sexualities). Practical advice, support and campaigning. Membership, peer-support, signposting and events.

The UK National Escorts Association has been established to promote industry standards within the escorts and escort agency sector. Policing is a strong word but with so many fake escort agencies setting up we want to make sure the real escort agencies shine through.

Providing an escort service at the end of the day is taking on a role in the world of work. Approach it like you would with any other profession, take it seriously and keep a professional attitude at all times.

Clients expect you to respect their privacy — what goes on when you meet them should stay between you and them unless absolutely necessary.

You'd be surprised how gossiping can get about. We can never assume another persons personal circumstances, home, work or family situation — so treat these areas of their life out of conversations with clients and try not to pry. Ironically, there are details of a client's life they will often divulge to escorts that nobody else knows — because you are a stranger and not connected to your life. Clients expect discretion so be sure to uphold that value.

Suspicious or worried about an individual? Encountered someone who refuses to pay, wastes your time or acts in an abusive or inappropriate manner?

Check out the Lads List "Problem Punters" Forum as well as our friends over on the Good Escort "Bad Client" Forum (external site) - to alert others of your concerns and to share your experiences or get further support. You can also submit a report to the National Ugly Mugs service, of which Lads List is a member and which is completely confidential. 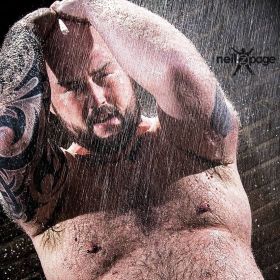